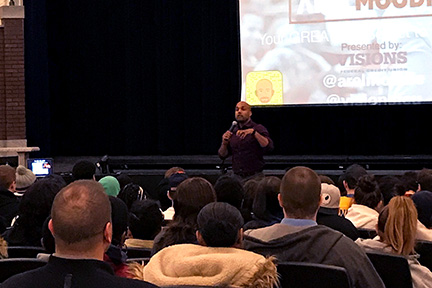 Moodie, a motivational speaker and the best-selling author of Your Starting Point For Student Success, educated students on the importance of savings and financial goal planning. These presentations took place at 24 schools throughout New Jersey, New York, and Pennsylvania.

In addition to the presentation, students were provided with a copy of Moodie’s book, The Student Success Action Guide, which gives students practical advice and strategies to succeed both in school and everyday life. Visions provided students who completed all 180 action steps in the book with an opportunity to win a $500 scholarship.