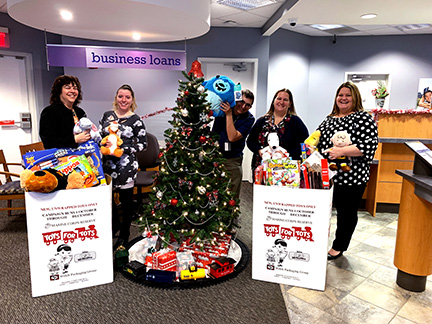 As part of Visions’ Random Acts of Kindness program, employees purchased over $500 worth of holiday items for the local Toys for Tots group. Toys for boys and girls of all ages were donated, with items ranging from stuffed animals, remote control toys, coloring sets, and more among the donations.

“It feels good to give back to this community,” says Jessica Randall, branch manager. “Shopping for presents is always fun, but it’s even better when you can make an impact in a child’s life.”