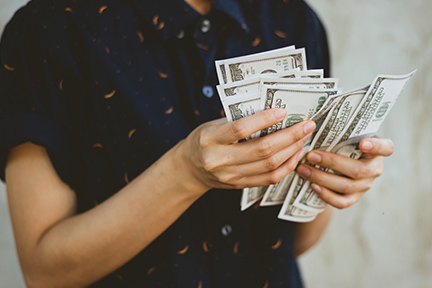 In an effort to help teach fundamentals of budgeting to high school seniors in the Wilson School District a few years ago, students were asked to play the role of fresh college graduates earning $40,000 per year and living nowhere near mom and dad.

"We thought that was a pretty good salary," said Daniel Sukanick, chairman of the business education department at Wilson and one of the masterminds of the mock budgeting exercise.

"They had to go out, find an apartment in Reading, buy a car and they had to do all of these things with the money they had," Sukanick recalled.

The story illustrates a creative approach to teaching financial literacy, and underscores the need to do so.

Mountains of studies and statistics suggest that too few Americans are financially literate.

While some are driven to bankruptcy by medical or other dark circumstances beyond their control, many others are simply victims of their own bad financial decisions, according to John A. DiGiamberardino, a Wyomissing-based bankruptcy attorney.

"Every decision has an impact, and the more you know about that the more you can plan," said Wilson School District's Director of Curriculum Amy J. Flannery who holds a doctorate in education. 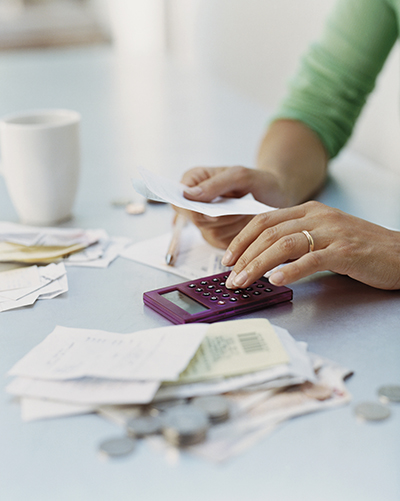 Many are concerned about raising society's collective financial IQ.

Wilson's requirement dates to 15 years, according to Flannery.

It's semester-long class starts with basics about getting a job, a career research project, resume writing and how to interview, according to Sukanick. It gets into savings and checking accounts, credit management, learning about compound interest, identity theft, taxes and complexities about things such as buying a car, renting an apartment, buying a house and insurance, and creating budgets.

"(The goal) is to teach a student some skills that they can use to make sound business decisions,” Sukanick said.

Wilson recently added a component to that course that focuses on managing college debt, according to Flannery.

The focus years ago was “how are you going to keep yourself out of debt,” said Kristi Szczepkowski who teaches business courses to seventh- and eighth-graders at Wilson Southern Middle School.

“Now,” she said, “it’s what plan are you going to put into place to make sure you never get in that position.”

The Hamburg School District requires its graduates to pass a semester course that seeks to answer essential questions about things such as setting financial goals, tracking income and expenses, monthly and annual budgets, home ownership, how insurance, banking and credit works and many other areas.

Hamburg took financial awareness a step further when it opened a student-run coffee shop in its library.

"There's product inventory, advertising, profit margins," FreiwaId said. "It's not directly aligned to personal finance, but it allows students to experience aspects of running a business," she said.

At Reading High School, freshmen are required to take a semester-long course in financial basics, according to Principal Eric Turman.

"It's more about savings and what does that look like, and interest," he said, adding that the course focuses on simple lessons about how to manage and save money. 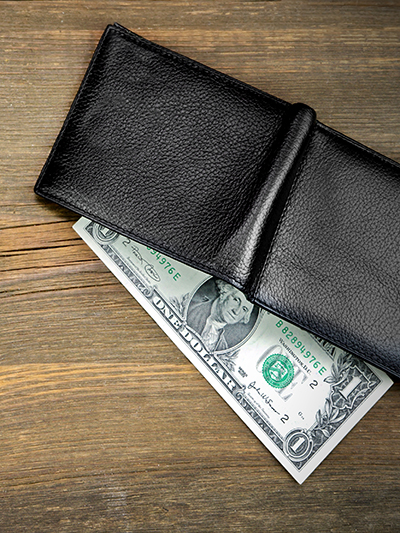 Reading High junior Yamilet Fabian hustled through the hallway on her way from trigonometry and psychology to study hall. What made the journey a little unusual is that she stopped along the way to do some banking.

It's convenient," she said.

In February 2017, Reading High, in conjunction with New York based Visions Federal Credit Union, opened a fully functional credit union branch in a former storage room on the second floor of the high school. Fabian is one of about 90 students and faculty members with an account.

The office, open Wednesday through Friday from 10:15 a.m. to 12:15 p.m., is staffed by paid student interns like Reona Pena and Leo Reyes, who work under the experienced eyes of branch manager Lindsay Kennedy and account specialist Madeline Perez.

Pena and Reyes were chosen from a large pool of candidates who interviewed for the jobs. Both are interested in pursuing careers in business, and both may eventually qualify for scholarships through their internship at Visions, according to Kennedy.

Turman likes the credit union branch for its convenience, its value as an on-campus internship opportunity, and because it helps further the notion of financial literacy among students in general.

"It absolutely helps," Turman said. "There's no excuse. The kids that work and have a job can come in here and deposit their checks in seconds, or make their deposits on their cell phones. It takes a matter of a minute to deposit their check. Having as many resources on site is the best things for our kids because they have so much on their plate."

Visions, 50-year-old institution with 47 offices in New Jersey, New York and Pennsylvania, including a location on Pottsville Pike in Muhlenberg Township, operates four in-school branches, including three at schools in upstate New York. It is planning to open two more in New York next fall.

Visions is among a growing number of banks and credit unions, including Capital One Financial, that are opening in-school banks across the country.

According to MyCreditunion.gov, these in-school institutions are often integrated with the school's financial education activities, and a study by the U.S. Department of the Treasury showed that they had a positive impact on students' perception of savings and use of financial institutions.

While there is a practical side to making inroads with students who may one day be full-fledged bank customers, Visions spokeswoman Patricia Shermot said the organization feels a strong sense of responsibility to educate young consumers about finance literacy.

We like to call it financial wellness," Shermot said. "It's a continual process to help students understand what's important in making financial decisions," she said.

On March 13, it joined Discovery, Bellco, Utilities Employees, Riverfront, Sun and Diamond credit unions in hosting a so-called reality fair at Tulpehocken High School in which students, provided with make-believe career and income, must make real-life, budget-conscious decisions about transportation, housing, insurance and other important financial decisions based on their fictitious circumstances.

Reading hosted its reality fair in January, and Gov. Mifflin High will host its fair in April. The programs are aligned with National Business Education Association Standards for Personal Financial Literacy.

"It's about understanding financial products and services, and how they can affect your life and improve your life," Shermot said. "It's about making good choices, whether it's opening an account, saving for college or how to manage a checking account. It's helping people understand how to ask the right questions."

While the financial literacy train seems to be gaining steam in Berks County, more needs to be done, according to a 2016 report from the Pennsylvania departments of education, and banking and securities.

That report noted that only 15percent of the commonwealth's districts have a personal finance graduation requirement, and some 100,000 fewer students took personal finance courses in 2014-15 than in the prior year.

The Center for Financial Literacy at Champlain College in Vermont gave Pennsylvania a failing grade in its 2017 national report card on efforts to improve financial literacy in high schools because it does not require specific courses for graduation and does not require that students demonstrate competence in key areas.

That's not for lack of trying. State Rep. Rosemary Brown, a Monroe County Republican, introduced House Bill 429 in February 2017. That bill, which would make financial literacy study required for graduation, passed the Pennsylvania House with a 185-1 vote, and awaits approval by the Senate.

And, according to the Organization for Economic Co-operation and Development based in Paris, U.S. students are still far outperformed by their international peers when assessed for financial literacy.

"The idea in the end is to encourage people to understand the consequences of their financial actions," said DiGiamberardino who has been practicing bankruptcy law for years.

"People know what they know," Turman said. "The unfortunate part in the City of Reading is that many think that the right thing to do is to take their paycheck to a check cashing place, which staking 3- to- 5-percent of their check every time they cash it."

Turman said it's imperative that schools get involved in teaching personal finance.

Otherwise, he said, people will continue to "make decisions based on what they know and not really what they need to know."