Visions CEO Named to CUNA Board of Directors 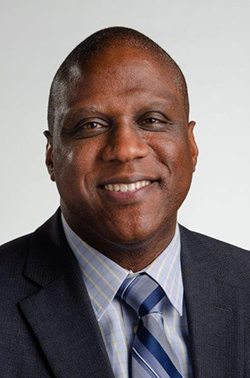 MADISON, Wis. – CUNA Mutual Group has appointed Tyrone E. Muse to its board of directors, replacing director Randy M. Smith, who retired from the board in August after 11 years of service.

Prior to joining Visions in 2013, Muse served in a variety of progressive roles at institutions including PricewaterhouseCoopers, Goldman Sachs’ Archon Group, and GE Asset Management. He most recently served as CFO at Hudson Valley Federal Credit Union, Poughkeepsie, New York.

“Ty is a dynamic leader dedicated to helping people, communities and organizations win,” said Robert N. Trunzo, president and CEO, CUNA Mutual Group. “He brings a broad view of the financial industry and consumer marketplace. His mind for challenging the status quo and inspiring growth will benefit the board and company as we continue investing in data, technology and innovation.”

Active in the industry and community, Muse serves on the boards of Excellus Lifetime Care, Filene Research Institute and is the vice chairman of the board for the Greater Binghamton Chamber of Commerce. He also serves on both the New York and national Federal Reserve Board Community Depository Institutions Advisory Council, acting as regional chair.

Muse attended Northeastern University in Boston, Massachusetts, where he attained his undergraduate degree, master’s degree in accounting, and his Master of Business Administration.

“It’s an honor and privilege to join the CUNA Mutual Group Board,” Muse said. “CUNA Mutual plays such an integral part in the credit union system and remains forward looking, relevant, and important for our industry. “I am excited about the opportunity to help the organization continue to grow, be successful, and provide a positive impact not only in the financial world but in its community.”

Trunzo offered his gratitude to Smith for his years of service to the CUNA Mutual Group Board of Directors. “Randy worked tirelessly to help shape the strategy and success of CUNA Mutual Group over his tenure,” said Trunzo. “We’ve benefitted greatly from his service by forging stronger, more collaborative partnerships with credit unions and emerging as a valued partner bringing innovative solutions to market.”

About CUNA Mutual Group
CUNA Mutual group is a financially strong insurance and financial services company enabling people to make financial decisions that work for them. The company was built on the principle of “people helping people” and the belief that a brighter financial future should be accessible to everyone. For more information, visit www.cunamutual.com.

Visions Federal Credit Union is a nonprofit financial institution completely owned by its members. Established in 1966, Visions proudly serves over 200,000 members in communities throughout New Jersey, New York, and Pennsylvania. Services include banking as well as auto, home, personal, and business loans.