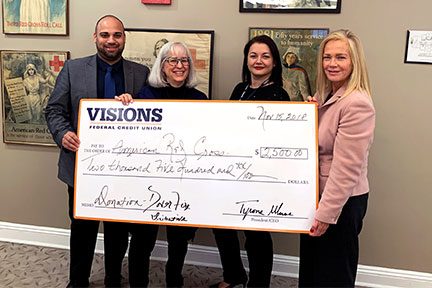 In response to the devastating fire that occurred in Dover, NJ in October, Visions Federal Credit Union made a $2,500 donation to the American Red Cross in Central New Jersey; the organization assigned to accept donations and help the victims.

Visions staff from the Morris Plains and Randolph branches were in the regions where individuals were impacted by the fires and wanted to get involved with supporting the relief efforts.

Attached above is a picture of a few NJ branch managers presenting a check to a representative from the American Red Cross.