Lessons From My Elders

I won’t always be young.

I’m not jaded by the notion that I have a lot of years ahead of me, and many lessons to learn. But eventually, I won’t be able to work the same 40 hours per week (plus the occasional side gig) to support my family and cover my health expenses. Not forever.

So when someone older than me talks about life, I’m happy to listen because I might be in their shoes someday.

I’m also a sucker for a good story...

Everyone called him Gramps, even though he had no grandkids.

Through his church and the local VFW, Gramps had many companions, and everyone he met, he treated like a brother. People generally connected with his relaxed attitude and his sense of humor, which would sometimes raise doubts to his mostly pious nature.

Still, I’ve never met anyone more averse to saving money. When he passed away, his family struggled to navigate the funeral and burial arrangements and asked me to help as a personal favor. Unfortunately, we discovered some woefully mismanaged finances.

When he was still around and we spent time together, we shared a lot of laughs. Over time, I picked up a few of his useful ideas about managing money on a shoestring budget. However – and this is just the case with some folks – I also learned what not to do.

Here’s what I learned from Gramps and his financial folly: 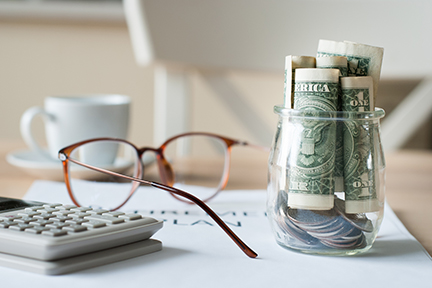 1.    Without debt, subscriptions, or financial obligations, life can be remarkably affordable.

Isn’t it obvious? Things cost money. So if you have, want, use, and do less stuff, you’re likely to spend less money. That pretty much describes Gramps’ lifestyle. He was as minimal as minimal gets, getting by on slim income from his military pension and social security.

He had a car, but most days he just walked. Living near downtown, it was easy to get around while he still had good mobility. And the car was nothing special, just a little four-door with good mileage that he had purchased with cash, avoiding loan payments and keeping his gas expenses to a minimum.

Likewise, he kept his entertainment affordable. His favorite kind of entertainment was people. Rarely dining out, he was more likely to have one drink at the VFW, then hope for a friend to buy his second. Or, he would find any excuse to be near his nephews, nieces, and their little ones. Entertainment is one of those expenses that racks up quickly. When most people start tracking a budget, they discover it’s where all the money goes: food, drinks, movies, events, and streaming services. Compared to the rest of us, Gramps was spending pennies and saving Benjamins.

When he couldn’t surround himself with friends or family, Gramps sat at home and watched his movies. No cable on his TV and definitely no streaming service, just public access from the antenna and his film collection. He had collected hundreds – maybe thousands – of movies on VHS. (For those of you who are too young to remember, VHS tapes were how the world purchased and rented movies before the rise of DVDs and digital options. Picture a bulky plastic cassette – roughly 4”x7” – that enclosed a strip of tape that held the film’s footage. Anyhoo, they’re the size of a book!) Think about it – about 500 VHS tapes would fill the space of a home library or, in Gramps’ case, all the walls of a tiny apartment.

He cherished movies but still, he didn’t spend much money to amass the collection. Much like the rest of his belongings, he bought them all used – anywhere from ten cents to two dollars each and rarely a dollar more. Which leads me to…

2.    Buying used is a small choice to save big money.

Garage sales and thrift stores were his favorite spots to shop. The rest – brand apparel, shopping malls, and commercial prices – were a waste of his money and an affront to his beliefs. Gramps preferred to donate, giving over 50% of his income to a handful of his favorite causes. It’s amazing how frugal a person can be with a little conviction and a keen eye for good deals on used products.

Consider committing to used goods for a year or two. Obviously, you shouldn’t do it with food, soap, or gasoline – but what if you avoided buying new products whenever possible? You could be saving $20 per pair of jeans, another $200 per month for a used vehicle, and 30% or more on furniture – plus the occasional free never-been-used hand-me-down! Could be a gamechanger for your budget. 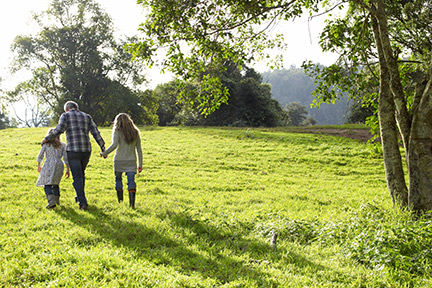 3.    Financial decisions can strain relationships, even after we pass away.

When he was nudged into an expensive setting, Gramps didn’t always handle it with grace. He had a way of skirting payments and leaving his bills to other people – habits that ruffled some feathers and affected his loved ones.

More than once, he had left a restaurant abruptly without paying. Not to “dine and dash,” but because he believed the responsibility should belong to someone else. On his way out the door, he would pat someone on the back – usually the wealthiest person at the table – and thank them for picking up his tab. Just like that. Without wink or warning, whether they liked it or not, they paid for his meal.

His own funeral was similar, but unfortunately, on his way out, he didn’t pat anyone on the back.

These things happen. Take this lesson from Gramps as a sort of cautionary tale, told with complete respect for the deceased.

Gramps passed away suddenly at 72 and never planned his burial, funeral, will, or trust during his lifetime. Whenever he was asked about it, his answer had always been curt and consistent, “Don’t you worry, it’s all taken care of.” What we didn’t realize at the time – he meant it spiritually.

Family members spent the days following their loss arguing about what each of them firmly believed “Gramps would have wanted” and who would (or wouldn’t) pay for it.

Living on his income and donating every dime that remained, Gramps had set no savings aside, for neither investments nor emergencies. Remember, by saving, you’re planning for life’s twists and turns. You’re taking ownership over your finances and your future. Plus, you’re able to afford those things that are important to you without straining your relationships.

Take the time to meet with professionals and plan for the future. Speaking from experience, grieving is easier when these details are defined.

Whether it’s a note of caution or a prime example of investment savvy, we can all learn a thing or two from those who are further along life’s journey. Keep that in mind as the people in your life share their own stories.

Meanwhile, our blog has plenty to explore!

Read more Lessons From My Elders: 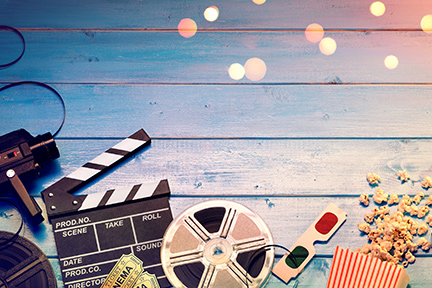 Lessons From: The Distant Artist

Lessons From My Elders I won’t always be young. I’m not jaded by the notion that I have a lot of years ahead of me, and many lessons to learn. But eventually, I won’t be able to work the sam...
Read More 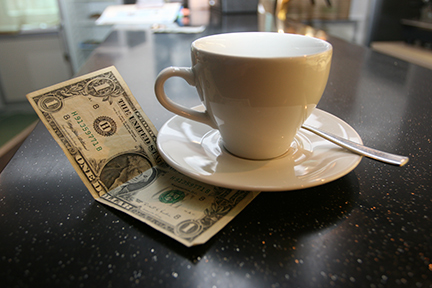 Cash Income: Dos and Don’ts of Cash Management My first jobs were in cafes and restaurants.  Depending on the gig and the season, income was inconsistent week to week and month to month, general...
Read More 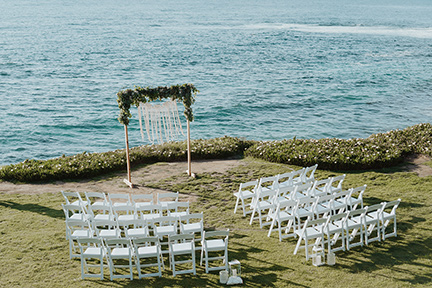 How We Planned a Debt-Free Elopement and Mini Honeymoon

How We Planned a Debt-Free Elopement and Mini Honeymoon After three years of being engaged, we finally decided to walk down the aisle.  To be fair, I never wanted to plan a traditional wedding a...
Read More