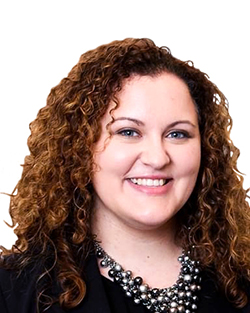 A native of Broome County, Bailey comes to Visions with a background in creative services, marketing, and communications, having worked in both for-profit and nonprofit roles for over 10 years. In her new role, she will help Visions continue to grow, foster relationships with nonprofits and community partners, and provide important services to better the community.

“I am eager to learn from my community about what Visions can do to not only help them financially, but wholistically, and how best to be part of that change,” says Bailey.

Outside of work, Bailey is a hobby baker and swing dancer who enjoys spending time laughing with friends and family.

Visions Federal Credit Union is a not for profit financial institution completely owned by its members. Established in 1966, Visions proudly serves over 210,000 members in communities throughout New Jersey, New York, and Pennsylvania. Services include banking as well as auto, home, personal, and business loans. Visit www.visionsfcu.org for more information.