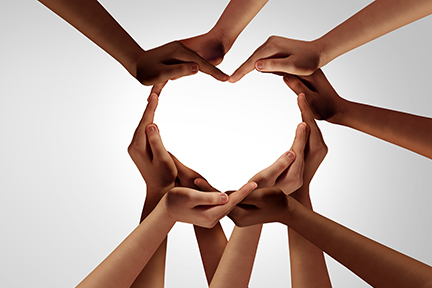 “Our Visions team is truly incredible,” said 2021 Southern Tier Heart Challenge Chairman, Dan Spence, who is also Visions’ Director of Business and Indirect Development. “The money we helped raise this year will support life-saving education and research to improve the heart health of our community members.”

Visions has a long history supporting the AHA, with an internal committee orchestrating various fundraising efforts throughout the year. In support of this year’s Heart Walk, they coordinated a sweatshirt sale, basket raffles, and a fundraising effort through Visions’ Denim Days program. Denim Days lets employees wear jeans to work on Fridays in exchange for $5 donations from their paychecks, with proceeds going to a different charity partner each month in all three states the organization serves.

Spence, who recommitted to co-chair the 2022 Heart Walk alongside UHS Hospitals’ President & CEO, John Carrigg, is already looking forward to next year’s efforts. “We’ve started planning for the next year and are bringing in fresh ideas for increased employee engagement. I’m hoping our giveback will be even greater in 2022.”

Visions Federal Credit Union is a not for profit financial institution completely owned by its members. Established in 1966, Visions proudly serves over 210,000 members in communities throughout New Jersey, New York, and Pennsylvania. Services include banking as well as auto, home, personal, and business loans. Visit www.visionsfcu.org for more information.